Pushing Back against the System - Where do you draw the line?

It is refreshing to see journalists write about the dissonance of seeing women, often around their own age, on screens, who seem to be resisting the societal pressure to undergo injectables and other aesthetic treatments, known, in the wrong hands, to “go overboard” and to alter the face, or simply, freeze it, alongside their own reflections on the pressure we all feel to give in.

In May 2021, just prior to Sydney lockdown, mamamia’s Tamara Davis wrote about fine lines on 30-something year old actresses alongside her own musings about jumping on the wagon and holding off “for now”.

More recently, Mamamia’s Jessie Stephens wrote similarly, about Sarah Jessica Parker’s 56 year old face, looking age appropriate, as giving permission to women who choose not to go down this path through her own choices.

To be clear, both women are supportive of women’s choices to do as they please with their own faces and bodies, as they ought to be. Feminism is not about forcing women (and minorities) , after all, to fit into yet another restrictive box and to follow rules, but rather about allowing each of us to decide what works for us, and feels right for us; in the case of aesthetic treatments, that may mean doing nothing, or everything even if it is not wise or advised.

That is not why I am writing though.

It was striking to me, reading both articles, the choices presented around injectables were almost “and-or” even if the authors did not intend to do so. Drawing black and white conclusions without nuance almost always leads readers to want to ally themselves into the “do” and “don’t” groups and in doing so, leads away from the nuance that beauty and medical aesthetics and where they fit into our world and the pressures women disproportionately feel to fit in.

I felt drawn to respond because I see a logical fallacy with the arguments the way I read them, namely that we can either choose to age the way nature intended, OR we can go all out and have foreheads that don’t move and succumb to the pressure of being constantly on guard against the next wrinkle, sag and hollow.

As an experienced cosmetic doctor, my anecdotal experience is vastly different and I felt moved to write about it here based on my own personal experience as much as that of my patients.

Some background - in case it is not already obvious, I am an ethnic woman with brown skin who dresses in a rather drab way. I’ve had comments to dress up my whole life (my approach to fashion is aligned with Steve Jobs’). I have worn makeup some 2-3 times in my life, and believe makeup should be optional, not to cover up flawed skin (because, doctor) and I do not colour my hair because I’ve largely been a wash-and-wear person.

I have used daily SPF for the vast majority of my life since my teens, religiously; I have brown skin which confers advantages and disadvantages; I did not begin using active skincare till my early 40s and began prophylactic anti wrinkle treatments a couple of years later. I am very open with my patients about what I do because I believe lying about it, or looking “this good” is just not possible beyond a certain age, and it adds to the pressure women already feel about deteriorating looks due to age over time.

It is not normal or common to look like JLo or Jennifer Aniston without significant work and effort. 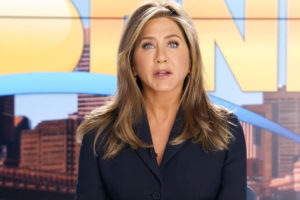 Faces like Gillian Anderson, Paulina Porizkova and Sarah Jessica Parker more realistically tell us what is down the road if we choose to age the way nature intended so we can make an informed choice that aligns with our values and our budget. 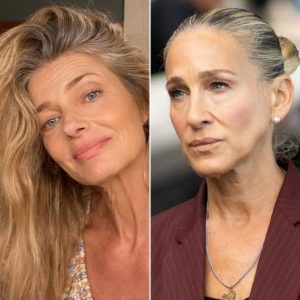 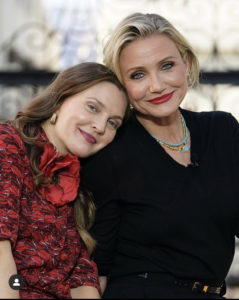 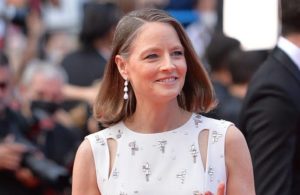 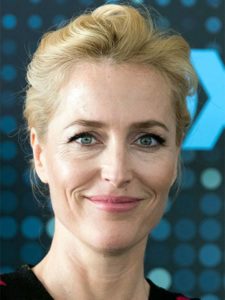 In my work at my medical aesthetics clinic, what I do see is the following: 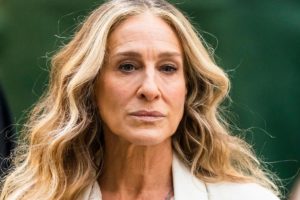 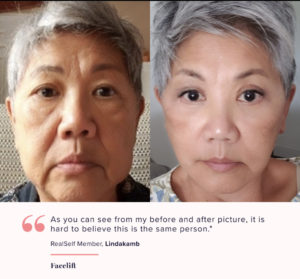 The benefit of seeing mostly faces that aren’t young, tight and taut in their 20s for some enhancements such as lip fillers and occasional (preventive) anti wrinkle treatments, is that I have a real life glimpse into the facial aging process and how it can gradually take away from the very essence of a person who remains, due to medical advances and preventive health, in great health, retains energy and will continue to do so for decades yet, in whom lifelong sun damage and chronological ageing, begin to show up, causing a cognitive dissonance - the face we see in the mirror no longer looks like the face we have in our own mind of ourselves, often vibrant, relaxed and possibly frozen in time.

For these patients, we work together to come up with a treatment plan to address their concerns and how much they are willing to invest, time and money-wise, to improve it so they can decide if it is worth pursuing. The aim is never frozen faces, or fake faces, which is largely what we see walking among us, because that is the sign of bad injectables. It would be a mistake to assume therefore that the choice is limited to bad injectables or nothing.

Injectables, done well, are imperceptible especially when faces are animated; they do not freeze faces and it takessome experience (as injector or as recipient) to know another has had some.

So while I am a strong and firm advocate for every woman deciding what works best for her, and how that looks, I think it is throwing the baby out with the bath water to suggest intentionally or otherwise, that it an either-or choice - you either go all in and end up frozen, or you age the way nature intended and end up looking gaunt/ haggard/ sad/ drawn; all the negative signs of ageing (that I see in SJP) that I work with patients to help avoid/ minimise, which is the ultimate sign of ageing gracefully IF one decides to choose it.

If we were truly opposed to all forms of “anti-ageing” then I have to ask myself, and often do, why the hair colouring industry is so huge, which women largely succumb to; or the beauty industry, which sells lotions and potions without much regulation; the fact remains that we are not, as these authors themselves acknowledge, and I wonder if for now, because of the lack of regulation of the medical aesthetics industry and the poor results we see all around us daily we have bought into the dichotomy of injectables, instead of recognising what it truly is - medical procedures with a slant towards beauty, which nonetheless carry rare risks, the commonest being looking fake and frozen, which is then normalised via social media such that we are led to believe this is truth.

In my clinic, when I am meeting patients for the first time, and equally when longterm patients are beginning to panic on occasion as the signs of ageing begin to come through, I suggest we draw arbitrary lines that work for us to decide where to stop and how far to take it, which is our right, and at the same time, it is important to me, as a doctor who is focused on ethical medical aesthetics and honest beauty, to help patients understand why they may think the way they do, and to help them ponder if the line they have drawn is based on logic or emotion.

Beyond that, I support each and every person’s choice to age as they feel aligns with their own values and ethics.