LED, or light emitting diode therapy, is a skincare treatment that uses varying wavelengths of light, including red and blue.

BOOK A CONSULTATION
ASK A QUESTION

NASA originally developed it for plant growth experiments on shuttle missions and later found it to have promise for wound treatment. LED light therapy is now used by some clinics to help regenerate the skin from aging. It’s also used for acne.

LED lights have been around since the 1960s, but have only recently been used as a skin treatment. Different wavelengths of the visible light spectrum correspond to different colors of LED light and penetrate the skin to different depths. Depending on how deeply they penetrate, LED lights are thought to have different biological effects.

Used with numbing before hand, red and blue lights are typically promoted in LED skin treatments.

Experts believe that red LED light acts on cells in the skin known as fibroblasts, which play a role in production of collagen, a protein that makes up a large part of connective tissue and helps the skin to recover when it’s harmed. So, in theory, red light could help to reverse some of the signs related to photoaging in the skin. 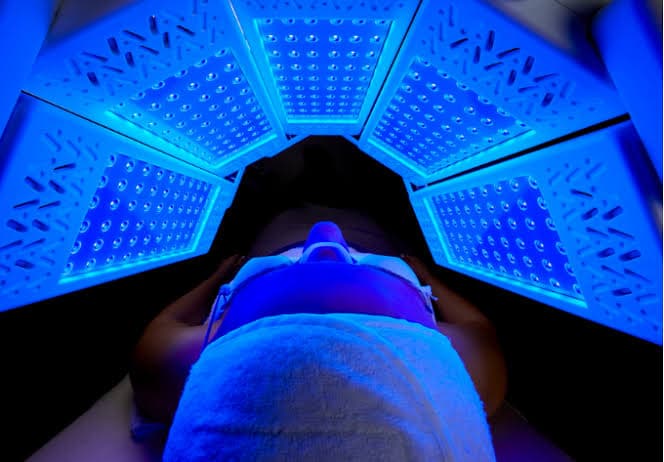 With the boom of Aesthetics globally, especially since the pandemic, when most of us have been looking at ourselves via a Zoom lens far more than ever before, coupled with hours spent mindlessly scrolling through perfectly curated, often photoshopped and filter-heavy images on Social Media, has come a demand for aesthetic procedures, especially dermal fillers […]

Here in the Southern Hemisphere, we consider ourselves lucky that summer coincides not only with school holidays, but also, Christmas, New Year and the end of one year and the beginning of another. As the busy year begins to wind down, it seems the perfect time to lie back, take some time off no matter […]

Not everyone wants to have injectables.   The vast majority of people who contact us at Skin Essentials are afraid of injectables.  They usually come in frightened of having lips or anything, that looks too obviously fake.  They come in armed with pictures on Instagram of what they do NOT want to look like- big pouts, […]